After having issues with the power lead of my previous sounder unit, I was well overdue for an upgrade to the Lowrance Elite FS 9.

Conveniently I was able to reuse my transducer cover, which shows testament to the longevity of the product being constantly dragged across rocks, sand and concrete at boat ramps; protecting the transducer from the elements.

What I discovered alongside this install is the importance of not just regularly checking your terminals but also the leads that are contained within your kayak. Stagnant water that makes its way into your kayak will slowly cause mould which can eat its way into the plastic covers of your leads, let alone the foul smell it leaves.

The traditional Sonar as used in Fishfinders is an echo based technology that transmits bursts of ultrasound waves into the water and then it waits to receive echoes. Received echoes are then rendered onto the screen-based when it was received after a burst and its intensity.

The time it takes for an echo to return is a function of the distance for the sound wave to travel through the water and bounce off an object or the bottom and then return to the transducer. Bats and Dolphins use the same principles to locate prey as the Fishfinder does for us. 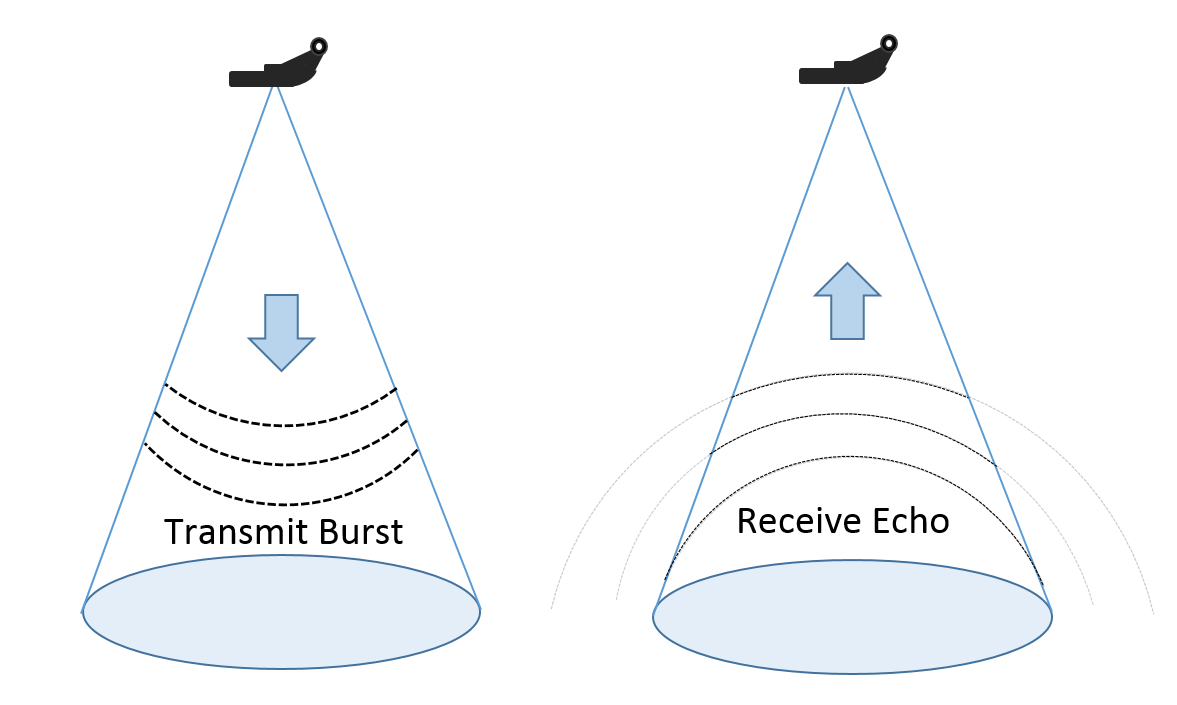 Image 1. Illustrates how the Transmit Burst is transmitted from the sonar transducer and then the weaker echo is returned, the speed of sound through water enables this bottom reflection to determine the depth of water we are in.

Due to the fact that the ultrasound burst radiates at an even rate from the transducer, it creates a spherical shaped wavefront in 3D space below the transducer.

The diameter of this spherical wavefront grows larger as it gets deeper and is a function of the physics of transducer element and is known under its property called ‘beam angle’ or ‘beam width’.They can vary greatly between transducers and within the same transducer over multiple frequencies. You can think of the cone shape of the beam width as like that of a lens effect on a torch bulb shaping the light into a spotlight.

Fish arches are caused by the fact that objects at the same depth are further away from the transducer at the edges of the cone then they are directly below it. And as a fish rapidly moves through this distortion due to a moving vessel or a fish swimming quickly its apparent depth will distort.

Image 2. The red area shown here is at the same depth in water but is further from the transducer, this is literally a ‘fish-eye lense’ effect and distorts the apparent depth of echoes off of fish as they move from the edges of the cone to directly under us and out again. 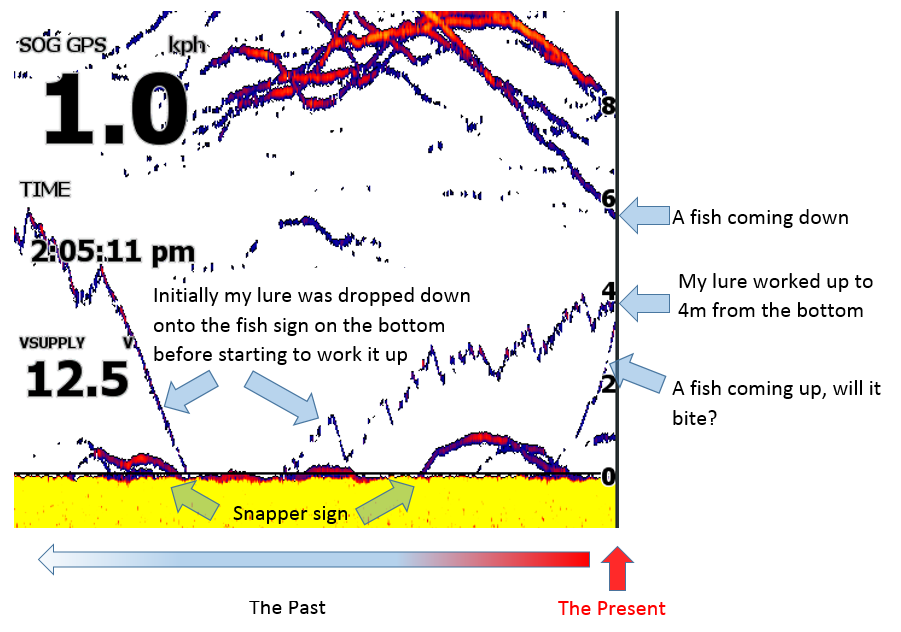 Image 3. Illustrates that the present is only shown on the far right-hand side of the screen, with myself hoping for a bite from the fish coming up from the bottom to check out my lure. It also shows that previously I had dropped my lure down to the bottom, let it sit there for a little while before starting to slowly work it up through the water column.

Putting this all together here with a small video showing the sonar bursts, then the fish arch distortion as a fish moves through the sonar cone.